Florida is standing apart from the nationwide decline in consumer confidence for the month of March.  The decline has been fueled by uncertainty with regards to the economic outlook, appraisals of current conditions declining and the assessment of the labor market being mixed.  The Conference Board Consumer Confidence Index is now at 59.7 down from 61.4 in February.

However, Florida’s consumer confidence has risen three points since February according to a University of Florida monthly survey.  This rise was not expected, but can be attributed to factors such as Floridians having an overall increased perception of being financially better off than they were a year ago, increased expectations that the US economy will improve over the next year, and feeling that now is a time to buy big-ticket items.  The only sign of decline in the survey was that Floridians were uncertain about whether or not they will be better off financially a year from now.

The big news and a great reason for this increased confidence in Floridians could be due to the fact that the state’s unemployment rate is now one-tenth of a percent lower than the national average of 7.8 percent.  This is the first time this has happened since the recession.

Another great reason is that Florida is experiencing a strong housing market, with the median price of single-family homes at $150,000 in February.  This is up almost 3.5 percent from January and 12.8 percent from a year ago.  Some areas, including Tampa Bay, are experiencing housing shortages, which is then driving up prices.  This is why so many buyers are checking out the Purtee Team VIP Buyer Program!  It really works to get their buyers matched up to the right property as soon as it hits the market.

Finally, gas prices in the state have decreased by 15 cents a gallon in the past three weeks.

For more information on the trends, go to http://www.bebr.ufl.edu/cci

Two properties The PURTEE Team have been advocates of from their first pre-construction packages are Harborview Grande in Clearwater Beach and Redington Shores Yacht & Tennis Club in Redington Shores. Both are unique along the beaches. 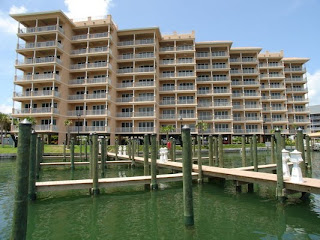 Harborview Grande, finished in 2006, is one of the few 7-day rental minimum complexes in Clearwater Beach – most are 30 days or longer. With Clearwater Beach such a widely acclaimed vacation destination, a weekly rental is a higly desirable alternative to expensive nightly hotel stays! Plus the 55-unit building has 3-bedroom/2-bath condos right on the water within easy walking distance to the beach and Pier 60 with its nightly festivities. Units in Harborview Grande have 11 foot ceiling height and impressive 30-foot balconies that span both living room and master suite. Boatslips are available for separate purchase. 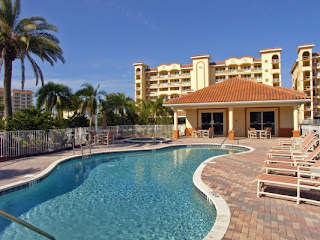 Redington Shores Yacht & Tennis Club, a gated community with a unique combination of private homes and waterfront condos, is one-of-a-kind along the Tampa Bay Beaches. Amenities include 24hr guard gate, clubhouse with fitness facility, lighted tennis courts, and boat slips available for separate purchased. The 4 waterfront condo buildings each have their own waterfront pool, hot tub and barbeque area. Condo sizes range from 2000 and 3000 square feet to a precious few 4000 square foot penthouses.
Both complexes were on a fast tract to be able to get one and prices continued to climb during construction. Condos in Harborview Grande topped out in the mid to high $700,000 range. RSYT began to close on their 2000 sq ft condos in the $700-$800,000 range and most were being appraised in the high $800’s. Then the market shifted and the free fall began. Those in Harborview Grande who sold in the high $500,000 range and in RSYT who sold in the low to mid $600,000 range were the lucky ones! Inventory grew and prices dropped reaching lows no one could imagine. Short sales and foreclosures dampened the overall desirability of these two complexes. But, in the last 30 days, things have begun to change…
Inventory in Harborview Grande had dwindled down to 1 unit available. Three short sales had gone under contract as soon as prices hit below the $400,000 threshold. Now the only one left was at $429,000. We listed a beautifully appointed 6th floor corner (see earlier post) at $459,000 and it went under contract in less than a week!
At RSYT, three short sales sunk to a new low under $400,000 and they were scooped up in a matter of days. The new low was one condo at $400,000 and the next lowest available unit was at $460,000. I posted about this on Monday as the “half price sale”. Well, that unit went under contract yesterday!
I do not believe I am the only one who sees the significance of this. My advice is to a potential buyer considering either of these complexes is to try to secure a unit in the $400’s NOW. The $500’s are on the way…