New home buyers want energy efficiency  and according to a new survey from the National Association of Home Builders (NAHB), builders are listening.   It appears that energy efficient features and closet space were more important to new home buyers than two-story foyers, outdoor kitchens and whirlpools.

The NAHB  asked builders which features they were most likely to include or not include in newly built 2015 homes. Here are the results.

I must admit to being a little sad to see that whirlpools didn’t make the cut, but the energy efficient features are a perfect fit for Florida’s year round sunshiny weather. Besides, with the most beautiful gulf beaches just minutes away, who needs a whirlpool?

New home buyers want energy efficiency, but we would love to know what features our readers would consider important and which would you just assume leave out? 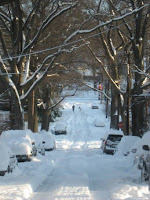 The North American Blizzard of December 2009 was a severe nor’easter that formed over the Gulf of Mexico and dropped snow in North Carolina, Kentucky, Tennessee, West Virginia, Virginia, Washington, D.C., Maryland, Delaware, Ohio, Pennsylvania, New Jersey, New York, Connecticut, Rhode Island, Massachusetts, and Nova Scotia. The storm produced whiteout conditions in many areas, and dumped about 16–20 inches (41–51 cm) of snow in many places, including major cities along the Eastern seaboard! 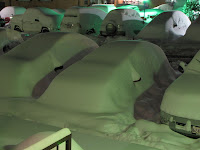 By the afternoon of December 19, it was well on its way to creating havoc along the east coast from North Carolina to Maine… and the Canadian Atlantic provinces (with portions of Nova Scotia, Newfoundland and Labrador)! On one of the busier travel weekends, just before Christmas, flight delays were rampant as a result of gusty winds, power outages and whiteout conditions in Washington, New York and Baltimore. This photo of the cars blanketed in snow in Maryland is amazing!
This is a HUGE travel week for people coming for the holidays to Florida. One family we know got re-routed to Orlando by midnight Saturday and had to rent a car to get over to the Tampa Bay beach area. Fortunately, Orlando is a less than 2 hour drive! We have a page on our website dedicated to getting right to the weather here in our area. Many of our “snowbirds” are anxiously awaiting their visits here and often go to the page to monitor what to expect. Click on Tampa Bay Weather. Whew! I just looked and thankfully we will be back into the mid-70’s by Wednesday!!!